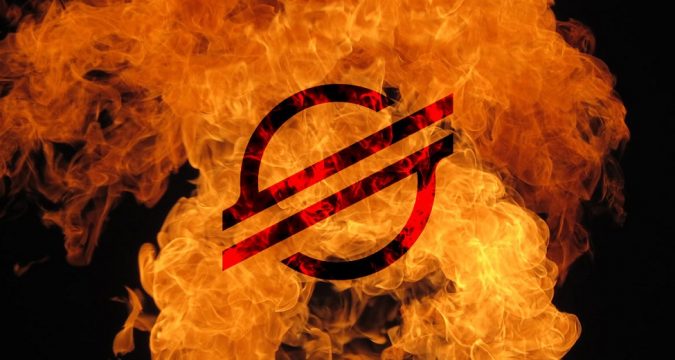 The price of Stellar (XLM) shot up by nearly 25% in an hour, as news broke that the Stellar Development Foundation (SDF) had burned 55 billion of the project’s total token supply.

Stellar burned 55 billion Stellar Lumens (XLM), the new mandate of its network’s development states. According to the announcement made by the Stellar foundation, this drastic reduction of the number of lumen tokens (XLM) in existence by the development foundation is a part of the intention to improve the effectiveness of the foundation work.

“We believe the number of lumens we hold now aligns better with our mission. SDF will not burn any additional lumens. To burn the lumens, we’ve sent them to a Stellar account with no signers.” the official announcement states.

It is stated that Stellar has burned 5 bln Stellar lumens from the operating fund and it now stands at 12 bln tokens total. It has also burned 50 bln of the 68 bln lumen tokens in Stellar’s World Giveaway Program (for individual airdrops) as well as the Partner Giveaway programs.

In total, of the over 85 billion existing lumen tokens, over 55 billion were burned. At a current price of $0.078227 per token, the total price of the burned tokens is over $4 billion.