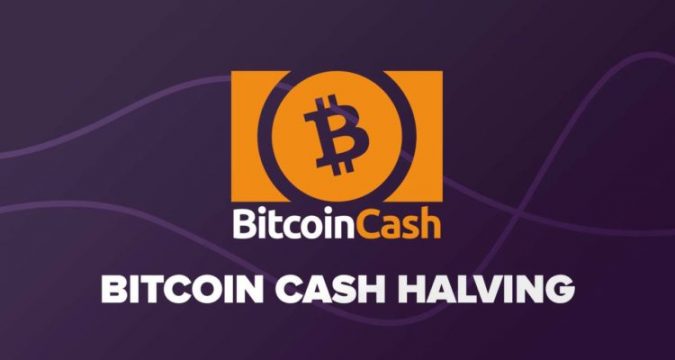 The Bitcoin’s fork Bitcoin Cash goes through halving on Wednesday, and the mining reward reduces from 12.5 BCH to 6.25 BCH as a result. Even after the much-awaited event in BCH’s history, the price value does not show expected growth as proposed by some analysts.

The fifth-largest cryptocurrency by volume undergoes halving, thus miners will now receive half reward as compared to pre-event. The coin tops the block height 630,000, the necessary figure that should be achieved to happen halving.

‘’Bitcoin Halving’’ is now five weeks away but the halving of its leading fork happens today after reaching the optimum blocks.

The blockchain hashing rate, which is important for keeping stability and acts as a preventive measure against 51% attack, see a decline for Bitcoin Cash after the cutting of rewards. Currently, the network hashing rate is standing at 3.3 EH/s, which is lower than 5 EH/s recorded in mid-February.

The decline in the ‘’hashing rate’’ could result in security issues with the BCH’s network. The report published by crypto analytics firm LongHash pinpoints that ‘’a lower block subsidy should lead to a decline in security because the decreased value of the block reward lowers the incentive for miners to use their hashing power to secure the network.’’

No Satisfactory Change in Value

The correlation between a coin’s halving and coin’s price trend sometimes proves wrong. For example, the price value of BCH does not even show a big bullish momentum after such a most-hyped event. However, a 2% rise is noticed in the past 24-hours.

‘’The conventional crypto wisdom that halvings magically induce a bull run such that the real USD value of miner revenue does not cut in half is naive wishful thinking, encouraging investors to be fooled by correlation/causation.’’

After this process of reward cutting, several minor-level individual miners will shut down their mining rigs. ‘’Given the current market conditions, this bullish speculative frenzy coming to counteract the halving doesn’t seem likely this time around. Thus, miner revenue will truly halve, leading to many miners becoming unprofitable and shutting down,’’ he added.