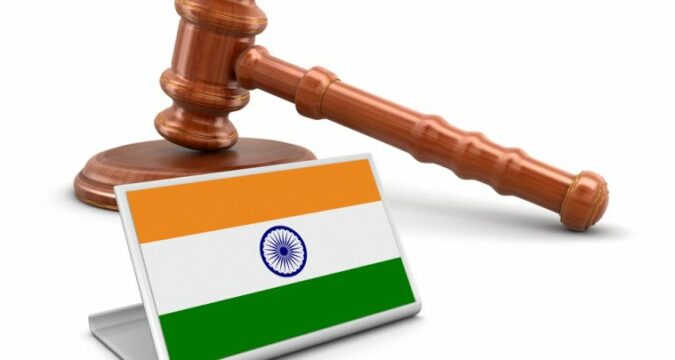 The announcement revealed the affiliate’s anti-crypto resolve that urged the nation’s government to impose an all-out ban on cryptocurrency in the country. The statement explicitly read that entities or individuals who flaunt the prohibition should be punished according to the established traditional punishment framework against non-compliance in its formal finance sector.

Agenda Of The SJM: Crypto Must Be Banned In India

The Swadeshi Jagran Manch (SJM) is a notable Indian socio-economic, political and neo-cultural organization affiliated with the Rashtriya Swayamsevak Sangh.

The system of bodies described has reportedly passed an anti-crypto resolution through the SJM earlier on Sunday that ultimately seeks to have the nation ban cryptocurrency within its borders.

The assistant host of the Sunday meeting revealed to Indian news outlet PTI publications that the SJM’s 15th Rashtriya Sabha vetoed the proposed resolution in the meeting held on Sunday morning in Gwalior, part of India.

India’s SJM has convened and come to a unanimous decision to make a resolution that will be pushed to the government that voices heavy anti-crypto sentiments.

The resolution brazenly mandates crypto investors and community members to dispose of all cryptocurrency and other crypto assets they own within a short timeframe after submitting the resolution to the state’s Income Tax department.

The SJM argued its cause, saying that recognizing the industry in India could potentially lead to a breakdown in the country’s financial systems and framework due to the degree of sway speculations have on the industry.

The resolution sees the organization urge India’s Union of ministries of consumer affairs and corporate affairs to aggressively sensitize consumers in the nation and make sure that Indians are well aware of the dangers present in the crypto industry and the country’s new attitude towards the industry. It discussed the issue of unregulated advertisements utilized by crypto marketers to “victimize and deceive” Indians, stating that proper regulations and appropriate punishment be levied for and against such acts.

The SJM’s resolution was comprehensively contemplated in that it also discussed the central bank digital currency (CBDC) that India’s central bank is currently developing.

It urged the urgency of legislation that will govern the issuance of India’s CBDC, telling India’s RBI to work in concert with the country’s lawmakers to facilitate the legislation.

Earlier in December, a crypto regulations bill was scheduled to be floored in the country’s last parliamentary seating of the year. However, the bill was not able to see a decision made in the seating and is now being reformed before it is re-presented.

The SJM’s resolution mirrors India’s Central Bank’s recent digital asset class claims. The RBI has previously stated that cryptocurrency should be entirely banned in its latest meeting with the Board of Directors, indicating that a partial ban will not work.