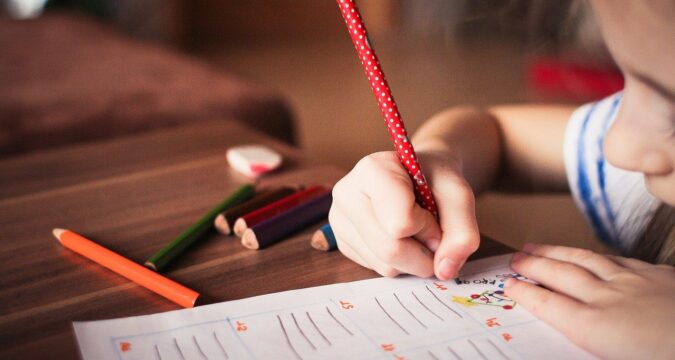 A non-fungible token (NFT) company by the name of Bookblocks.io has recently teamed up with Women for Afghan Women. This organization is based in New York and its focus is on promoting the access of women to education in the United States and Afghanistan. This partnership was struck after the takeover of Afghanistan by the Taliban, which has restricted the access to educational opportunities for the women in the country. According to Bookblocks.io, they would be releasing a non-fungible token (NFT) on 5th, October and the proceeds that would be generated from this NFT would be given to Women for Afghan Women.

The goal of this non-profit organization is to also help women in getting vocational training, which would enable them to seek employment. The NFT that will be sold will essentially be a piece of art depicting half of a woman’s face that would be covered with a butterfly wing. There is also a quote added along the artwork, which says ‘nothing is impossible to a determined woman’. Bookblocks.io went on to say that 100% of the proceeds that would be raised from the sale of the NFT would be donated to the non-profit organization to assist them.

Furthermore, the company is also planning on minting around 2,200 copies of the same artwork for representing the 2.2 million girls in the country of Afghanistan, who are unable to go to school. The minimum price of the NFT in question has been decided at 0.025 Ether (ETH). Women’s education in the country of Afghanistan has always suffered negatively under the rule of the Taliban. When the Taliban had ruled the country back in the 1990s, girls and women education had been banned and it appears that history is not repeating itself, as the Taliban have once more regained control of Afghanistan.

While schools in the country have resumed, the extremist Islamist group has only opened them for boys and men for now. However, Zabihullah Mujahid, the Deputy Minister of Education in Afghanistan has stated that girls and women would also be able to resume their education in the country as soon as possible. A central role has been taken by Women for Afghan Women in ensuring that women education can continue. The country director of the organization in the United States, Naheed Sarmadi Bahram, said that this generation was one that had grown up hopeful and had dreamt about their future via educational opportunities.

She also stated that her organization was committed to assisting girls and women in Afghanistan get access to education, along with Afghan refugees who are coming into the US. The harsh rule of the Taliban that oppresses girls’ and women’s access to education has received heavy criticism on social media, and a number of global human rights organizations have also opposed it. However, some girls are still using Code to Inspire for accessing online classes. This is an education hub aimed at teaching them robotics and coding. But, going contrary to Taliban laws puts them at risk of beatings and imprisonment.