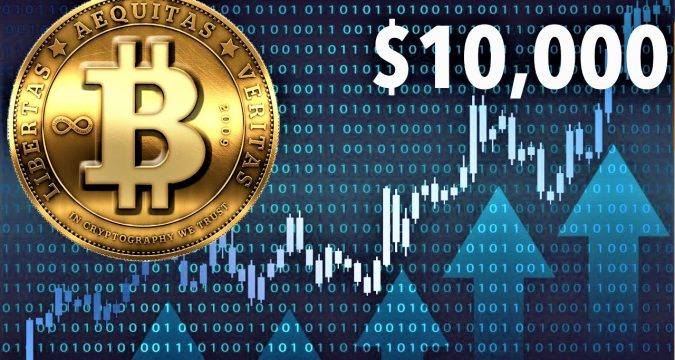 Since the beginning of this year, Bitcoin has been recording positive gains and with this upsurge, the ratio has climbed to 41%.

Bitcoin started the journey of this year with its low of $6,852.09 on 3rd Jan. The price value of the coin has been moving up steadily. With this steadily upward movement, it has crossed the $10k mark.

For the last three months, it is the first time that the price value of bitcoin is trading in five digits. The leading digital asset has now set a new high of 2020 that is $10,176. It has become the highest trading level of Bitcoin since 26th Oct 2019.

Bitcoin is currently trading above this psychological level and at the time of writing, it is standing at $10,075.87 USD with a change of 2.51% in 24 hours.

Though bitcoin has shown massive upward movement still major altcoins outperform bitcoin in the crypto market. Ether has recorded a year-to-date gain of 78% which is its highest level since August 2019. Bitcoin Cash and Bitcoin SV recorded a gain of 120% and 150% respectively. Other digital coins such as LTC, EOS, and BNB are up from 70 to 90 %.

Altcoins are threatening bitcoin’s dominance in the market as the dominance of the leading digital asset has decreased to its seventh-month low of 64%.

The current breakthrough of Bitcoin above $10k mark also accompanies an improvement in the on-chain fundamentals. A Twitter user and partner at Adaptive Capital, Willy Woo says in a Tweet: “This breakout is the real deal. Fundamental investment activity is backing this $10k breakout.”

This breakout is the real deal. Fundamental investment activity is backing this $10k breakout. pic.twitter.com/IDWmhXX2Mj

Bitcoin has been facing various resistance levels during its journey toward the $10k mark. According to the CEO of Invest Diva Kiana Danial, the most hit resistance level for Bitcoin was the $9,800 zone that was delaying the Bitcoin uptrend movement. But Bitcoin has successfully surpassed this level and has achieved its target. With this upsurge, it is expected that Bitcoin will start moving ahead towards its all-time high.