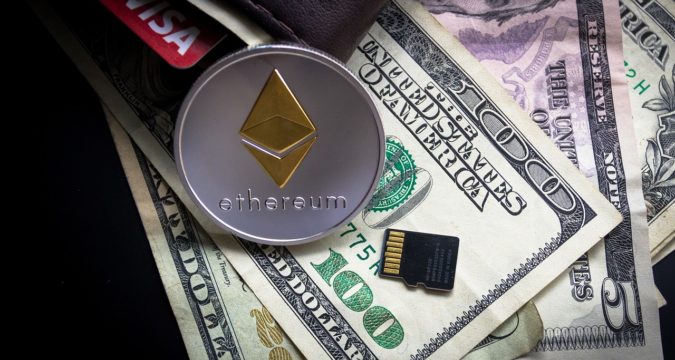 In the last 24 hours, Bitcoin’s price has seen a lot of volatility. After the abrupt increase in the Dow Jones Industrial Average of 800 points, BTC’s price plunged, quite in the same way as gold. The dominant cryptocurrency achieved a four-day peak when it reached $15,840, but within five hours of doing so, it plummeted abruptly by 6.5%. After the correction of BTC, traders and analysts are divided about the crypto’s future prospects. It took only a few hours for the short-term pullback to happen, but it can be beneficial for Bitcoin for a couple of reasons.

First off, it helped in neutralizing the derivatives market, which means it is no longer overheated. Secondly, it also prompted a healthy rejection of the $16,000 resistance level. Lastly, it also showed that the overall demand of the crypto remains intact, even if there is a major drop in its price. On November 9th, there was a sharp drop in Bitcoin’s price as it went from $15,840 to reach $14,805. This occurred not long after Pfizer Inc. announced its optimistic clinical trial results for the COVID-19 vaccine. It said that nearly 44,000 individuals had been tested and the vaccine had been 90% effective.

This breakthrough in the coronavirus vaccine development caused gold and Bitcoin to drop sharply. Capital flew out of store of value and safe-haven assets to risk-on assets, such as stock, in a very short period of time. Consequently, an intra-day drop of 4.5% was recorded by gold, which is quite rare for any asset of its size. It boosted the appetite for risk-on assets like stocks and this provided a narrative for Bitcoin whales to sell. Initially, when Bitcoin began to drop, there was an inflow of whales into crypto exchanges. This meant that investors who had large amounts of Bitcoin were selling it.

Since it took six hours for Bitcoin to recover to $15,300, whales likely bought it back at a lower price. Considering the trend, there is a good chance that the narrative of the vaccine-induced correction was used by the whales for selling BTC at a resistance and buying it back at a lower price. Analysts said that Bitcoin has mostly been fluctuating between two levels, which are the $14,500 support and the resistance at $16,000. As Bitcoin approached the $16,000 mark, it heavily rejected, which indicated that there are large sell orders near this price.

If there is some consolidation under this price, then it could turn out to be beneficial for the buyers. The short-term decline in Bitcoin was also vital for resetting the futures market. Before the drop in price, all major exchanges indicated that the funding rate of the BTC futures contracts was way above the average rate at 0.01%. This indicated that most of the market was heavily buying or longing Bitcoin. But, once the correction was made, the rate returned to normal and the futures market cooled down once again. Nonetheless, the long-term prospect of the leading crypto remains positive.