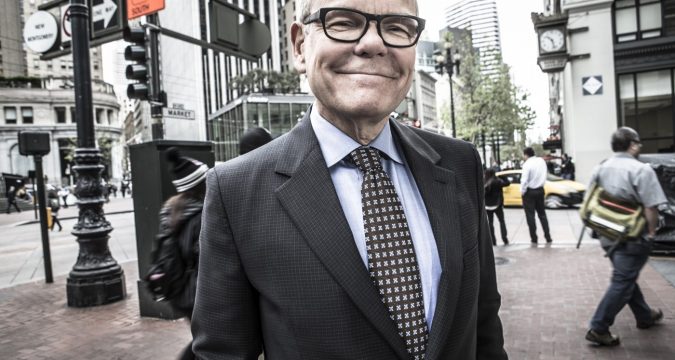 While giving a talk in “Virtual Blockchain Week”, Don Tapscott, the co-founder of the Blockchain Research Institute (BRI) claims that blockchain is “the foundation technology” of the second digital era. He gives a detailed presentation on “Blockchain Revolution: The State of The Union”

Don Tapscott is a renowned author on technology and often writes about Decentralized Technology (DLT) and its real-world applications. In his presentation “Blockchain Revolution: The State of The Union” during the Virtual Blockchain Week hosted by Joel Comm, Tapscott argues that blockchain is the technology of the coming digital age.

According to him, we are now at the end of the 1st digital era, and entering into the 2nd digital era “where we have these extraordinary technologies infusing themselves into everything — into our physical world, into our processes, into our bodies.”

In the first era, there are some flaws that need to be addressed in the coming digital age. He said,” For 40 years … we have this internet of information…but if I send you […] some information […], I’m actually not sending you the information, I’m sending you a copy.”

This double-spending concern is overcome by the innovation of Satoshi Nakamoto who introduced the DLT technology for making the network more secure and trustable. The removal of any central authority allows two anonymous individuals to trust each other without involving the third party. Tapscott believes:

“For the first time ever, people could trust each other peer-to-peer, and trust is not achieved by an intermediary, but by cryptography, collaboration, and some clever code.”

According to the author of the best-selling book “Digital Economy”, blockchain is “the biggest innovation in human history.”