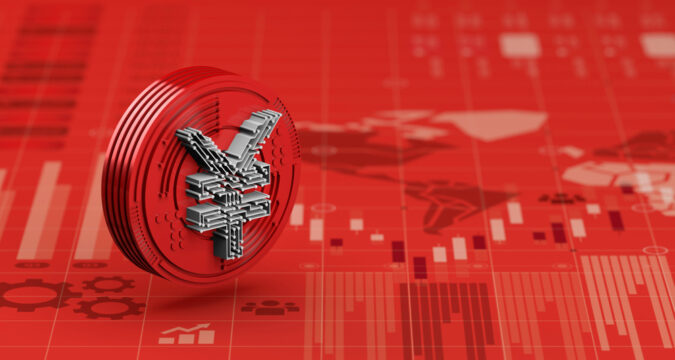 It has been a short while that China has introduced its official digital currency called “digital Yuan” which is backed by People’s Bank of China (PBC). In a matter of few days, PBC has noticed that approximately 10 Billion Dollar worth of digital Yuan have so far been utilized for transactions. In addition, more than 140 million Chinese have obtained digital wallets for digital Yuan by downloading it.

China may claim itself to be a democratic country, however, the world knows it better as a “dictatorial regime”. Peoples’ opinions are suppressed and instead decisions are forced upon them and they are forced to embrace them without resistance.

In the recent times, one of the leading industry in China was destroyed at the hands of the Chinese Government. The industry related to digital assets which involved crypto trading and mining of cryptocurrencies, including Bitcoin mining. No one had thought that China would, on its own, destroy digital asset industry, although it was contributing to the country’s economy.

It all started when China took up the project of developing a digital currency which was to be issued by PBC. Such a digital currency is usually known as “Central Bank Digital Currency (CBDC)”. China said that it will replicate its national currency also in the form of digital currency i.e. “digital Yuan”. When the CBDC project of China was in midway, China started to scuffle with digital asset industry. One by one all crypto mining farms were forced to dismantle their mining operations. Foreign exchanges were banned to do any crypto business in China and even the access was blocked by employing internet firewalls.

Digital Yuan’s Director, Mu Changchun of PBC, has said that CBDC’s adoption in China by the Chinese people is remarkable. He was addressing a conference in Hong Kong where he discussed the Chinese CBDC project and its success on 3rd November, 2021.

He apprised the audience that more than US$ 9.7 Billion worth of digital Yuan have been transacted so far by Chinese people. In addition, there have been more than 140 million downloads of the digital Yuan-specific digital wallet, said Changchun. He further told that PBC does not wish to end testing any sooner and in fact it wants to test digital Yuan to the extreme limits. So the official launch of digital Yuan cannot be announced for the time being.

He also said that so far the test phase of the CBDC project is going better than the PBC’s expectation. However, a few critical tests are also necessary before the full-scale official launch.