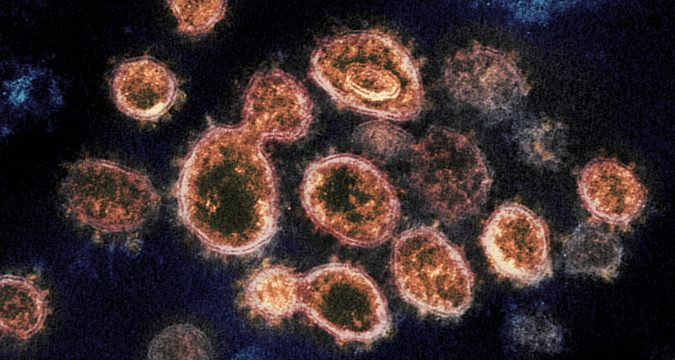 The effect of coronavirus on global financial market

The global financial market seems to have only just responded to the pandemic that has been running over the continent of Europe and the Middle East. It was almost as if the global market was indifferent while it ran through China and parts of Asia. The whole world has waited in morbid fear of what the pandemic could mean for every sphere of life as we know it.

The fear of a recession in the world economy has led to the pricing on Covid-19 risks among the several asset types. Not a lot of people consider a recession a possibility as the pricing in itself is an economic activity.

A lot of questions are arising in discussions in the world of business and finance. The giants of the industry are asking what the market draw could possibly mean. Would there be a recession because of the Covid-19? The question that has reoccurred even more has been what the chances of recovery and growth would possibly look like and if that is possible, what permanent mark would the pandemic leave structurally on the market? These questions are all borne out of concern of course of what the future holds for the global market.

It is hard to rely on index and projections for honest answers to these mind boggling questions. Even in the absence of any crisis whatsoever, a forecast of the Gross Domestic Product is not trustworthy when it is impossible to ascertain the virus trajectory. It is even worse because one cannot also ascertain the effectuality of the efforts to contain the pandemic, and the reactions of manufacturers, the down-line to the retailers. The effect of the pandemic on the global market cannot be properly discerned from any particular figure.

The only source of data that we can all turn out eyes on has to be the market signals which spread across ranges of financial assets, the recovery patterns of recessions and the recessions themselves. We would also need to know about epidemics that have hounded the world which were ever recorded, their impacts and shocks to be able to know what the future could look like for the global market.

What are the markets saying?

A study of the financial markets around the globe and the terrible drawdown will show that the economy of the world is spiraling down into a recession. The values of safe assets have risen highly. United States bonds’ term premium which are long-dated are dropping abysmally to new lows never experienced before. It is currently at minus 116 basis points. This means that there are not a lot of investors that are interested in paying for the security of the debt of the United States’ government debt. The possibility of a recession is measured to have moved upwards significantly.

Experts still warn against ruling on the certainty of a recession and they say this is backed by data.

Value the risk assets before anything. There is a lack of unison on the impact of Covid-19 on the risk assets. The kinder side shows a significant but small rise in the spread of credits. This only goes to show that financing and funding issues have not been predicted or suspected by the credit markets.

There has also been a clearly visible drop in the value of Equity from where it used to be. However, compared to their previous drops in times past, they are considered to still be barely at the top. On the other side of it, the largest strain has been recorded based on volatility. This volatility has irregularly dragged the suggested volatility of the next-month to the same level with the major disturbances of its normal state with the last three decades regardless of a crisis in the global financial crisis.

Also, one main indicator of a recession has always been the financial market not just because they can bring a recession into full effect but in the past, it has been learnt that recessions and bear markets should not be combined into one by default. The practicality is that the conflation is a two-third of the bear markets which simply translates into the certainty of a non-recessionary nature of one-third of every bear market. There have been seven cases where a recession did not coincide at the same time with a recession in the last century.

The real risk of the Covid-19 is the tendency of a significant disruption in the financial market and this is without a doubt. The change in the values of assets emphasizes the uncertainty that shrouds this crisis significantly. If anything has been learnt from the past, it is that the real economy and the financial market sell-offs should never have a straight line drawn between them.

What a Recession caused by Covid-19 would look like

Going into recession and everything that comes with it can be dangerous even though the market sentiment may want to tell you otherwise or deceive you. The United State economy and other economies are no longer secure because there is no economic growth and a lot of countries cannot accommodate any shocks in the economy. The image of a recession is drawn by the possibility of an externally caused shock hitting the economy of the United States when they are ill-prepared and cannot handle it. This is the possible scenario of a recession.

What can be done to recover?

The journey to recovery from the effects of the Covid-19 regardless of the ability of economies to evade the recession or not will depend largely on economic drivers.one of such drivers would be the extent which demand will be stalled or abandoned. It does not matter whether the shock is temporal or lasting or if there is a damage on the structure. The best thing is to assume three broad possibilities. Below are the possibilities or scenarios;

V-SHAPED: the normal real economy shock is described by this scenario. It also describes an output displacement even though growth rebounds eventually. Yearly rate growths could take the effect of the shock fully in this V-shaped scenario. It may look like wishful thinking and hope in the crisis that bedevils the world today but it looks like it is possible.

U-SHAPED: this is like a bad side of the V-shape. The shock continues and there is an unchangeable lack of output even when the path of development restarts. Is this scenario a possibility for Covid-19? The answer is yes but it remains to be seen what the real harm of the pandemic.

L-SHAPED: this is the worst possible scenario among the three scenarios. The belief in Covid-19 ability to cause serious damage to the structure significantly. This means the labor market, capital formation or the function of productivity is broken into. Unless you have an optimistic mindset, this seems a far cry as a possibility. The epidemic will be on our side at some point.

To discern the impact that the Covid-19 may have then it is best to look back into the past to get a perspective backed by experimentative data. The V-shape scenario has single control over the empirical approach of shocks that have happened in the past. Epidemics such as SARS, the 1968 H3N2 (Hong Kong) flu, 1958 H2N2 also known as the Asian flu and the Spanish flu of 1918 shed more light on what the possibilities are for the Covid-19.

What might be any permanent effects of the Covid-19?

This is easily and better understood when you find out what the cause and effect relationship between a health crisis and the economy is. The classifications of recessions will direct observers to the point of attack on the economy. The transmission channels will lead you to the manner in which the virus takes over its host. These are both vital as they show what the effect and cure are. The possible transmission channels include;

Effect on Wealth: historically, any transmission of shocks caused by external causes to the real economy comes through the financial market. As the market collapses and the wealth contracts of households, the rate of household savings will increase and in turn the consumption will collapse. In advanced economies this effect can be powerful particularly where the exposure of the household to equity asset class is increased. An example is the United States. With all the information laid bare, it becomes evident that it will need a steep and a maintained decline in the bear market.

Supply-side shock: there is an extra risk on transmission through disruption of supply. The above mentioned channels shock the demands. Production is stopped by the effect of the virus and main parts of the supply chain are disabled, problems arise from the loopholes, production obviously would cease and unemployment would become a possibility. Economic and industrial variables will be plenty, we may have the opinion that a long lasting crisis will need to happen for this to happen significantly and an example can be cited with the U.S economy. This can be peripheral in relation to the impact of demand.

Recessions take the patterns of a cycle. They are not structural occurrences. It may not be easy to see where the line is drawn to tell the difference. One of the worst occurrences in cycles in the United States was the world financial crisis and this is a clear illustration. Even though it was a cyclical occurrence it had a structural after effect. The economy recovered but the willingness of the household and their borrowing strength was damaged. One continuous secular phenomenon has been the deleveraging of the household. It is hard to use the short-term management of today to push the cyclical events especially by policy makers.

The echoes of the past point to the fact that there will be an evident and obvious effect on the global economy after the world has suffered from a pandemic such as Covid-19. It will have its own place in history like other crises.  Some of these effects include;

In conclusion, these are the possible effects of coronavirus on the global financial market. The best steps to take are preservative steps. It is important that the consumer confidence is not tampered with unnecessarily. Being optimistic may be helpful but other outcomes should be prepared for as well. Finally, most of the economic recovery would happen after the crisis so it is best to plan ahead for after the crisis. See beyond the crisis.