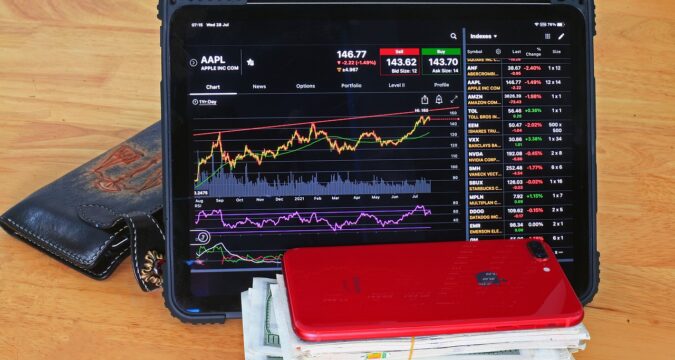 The European Central Bank (ECB) had its policy meeting scheduled for Thursday in this week and it took the markets by surprise when it exhibited a more hawkish stance than expected in terms of hiking interest rates in order to combat inflation. This saw most investment banks raising their bets of multiple hikes in the interest rates in the eurozone in the coming months.

What Moves are the Banks Making?

According to Deutsche Bank, it now believes that the ECB will hike the interest rate twice by 50 basis points this year, after it starts the hiking cycle in July with an increase of 25 basis points. Meanwhile, Morgan Stanley also disclosed that it had made revisions to the amount of tightening it expects from the ECB at the September meeting of the institution.

Previously, they had priced in an interest rate hike of 50 basis points, but will now change it to 75 basis points in October. The meeting saw the ECB put an end to its long-running asset repurchase program and announce that after 2011, the authority would be hiking up interest rates in the eurozone for the first time from July.

Since inflation has reached a record high of 8.1% and shows no signs of slowing down, the central bank is now worried that a wage-price spiral could happen if the prices continue to go up. This would result in a new era of immensely high prices. Late Thursday, analysts from the Deutsche Bank said that they believe the ECB will hike interest rates in July by 25 basis points, in September by 50 basis points, in October by 50 basis points, and then finally in December by 25 basis points. The deposit rate is expected to hit 1% by the end of the year.

Even though a series of interest rate hikes had already been predicted by Christine Lagarde, the President of the European Central Bank (ECB), the bank’s tone ended up taking everyone by surprise. The comments triggered a rise in rate-hike bets, even though they had already been priced rather aggressively.

According to money market futures, ECB tightening of about 150 basis points by the end of the year has been priced in. This is higher than 140 basis points at the time of the policy meeting and 135 basis points a day earlier.

It is expected that the September meeting will see a hike of about 75 basis points, which suggests that even traders are expecting the ECB to make such a move. On Friday, Danske Bank also announced that it was making a change to its rate call and expects an increase of 50 basis points in September and 25 basis point increase in the rest of the meetings.

Currently, the deposit rate of the ECB is around -0.50% and like other banks, it is also dealing with a massive surge in inflation. The US Federal Reserve has been hiking up rates aggressively and the Reserve Bank of Australia and Bank of Canada are also jumping on the bandwagon.