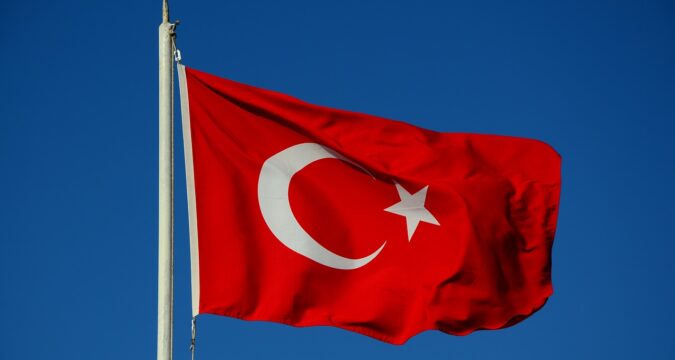 Tayyip Erdogan, the Turkish President has just announced that they have new details on the e-Human project. The President made the announcement on the project prior to the country’s summit.

The national blockchain summit in Turkey is soon to take place and the President had an announcement to speed things up.

Erdogan has made things quite interesting for the entire crypto industry with his latest announcement.

Erdogan announced that the project they are working on would be based on the blockchain network. The major named e-Human would have all of its features and functionalities highly protected.

He explained that whether it is the capabilities, data, or services offered by the project, their aim is to keep all of them safe and secure.

The name is not to be Misjudged

For many viewers, the project’s name may sound a bit sci-fi or something related to entertainment, or gaming project. However, the project is very sophisticated and serves a greater purpose than expected.

The project is set to offer a lot of learning and information-based content to the users. It would also act as a platform where the presidency of Turkey would share details about its services.

The project would also work on talent acquisition, provide remote education, and even offer career-building tools.

The purpose of the application is to offer greater growth opportunities to students, fresh graduates, and people looking for the right job.

The project would allow people of all ages and fresh graduates to search for the right internships and jobs from the project.

The people’s exposure to opportunities would be in both the private and public sectors. The public employees would also be able to apply for certified training from the project.

The project is a major initiative that aims to strengthen the independence of the citizens and work on their development. It has been designed to support the citizens and increase their employability.

Turkey is aiming to become one of the most crypto-blockchain-friendly countries in its region.

It is not just the government of Turkey that is eager to gain exposure in the particular industry but the same can be said for the private sector.

Just recently, TOGG, a national car company in Turkey announced that it had formed a strategic partnership with a major blockchain developer.

The company confirmed that it had joined hands with Ava Labs, which is the company behind the development of the Avalanche blockchain.

TOGG officials had confirmed that with Ava Labs, they aim to develop services that offer fast mobility and are safe in nature. These services would be developed through smart contracts.

As blockchain adoption is going on in all sectors in Turkey, it is only a matter of time before cryptocurrencies also become part of the system.

Over time, more people would grow interest in crypto-blockchain in Turkey, which would change the situation of the entire industry.