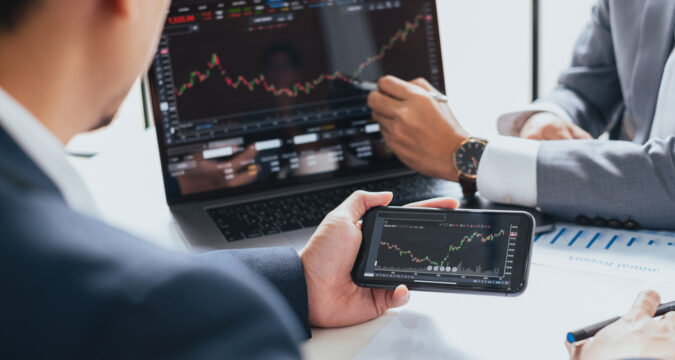 On Monday, Bitcoin, the world’s largest cryptocurrency, saw its value go below the $23,000 threshold, pushing it to its lowest levels since December 2020. This was because of lower risk sentiments driving investors to dump risk assets in a broader sell-off across different markets. Moreover, contagion fears struck the crypto market when a crypto lending firm named Celsius decided to hit pause on its withdrawals feature.

On Monday morning and over the weekend, the crypto market had already seen its total market capitalization reduce by a whopping $200 billion. The day saw the market capitalization go below the $1 trillion mark for the first time after it had occurred back in February last year. The bearishness in crypto market is occurring because of a number of factors. These include the rampant inflation in markets and the US Federal Reserve hiking up interest rates in order to bring it down.

Reasons for the Drop

The previous week saw a massive sell-off in US indices, as the tech-heavy Nasdaq Composite recorded a sharp decline. Since Bitcoin and other digital currencies tend to correlate with risk assets and stocks, it was a given that the crypto market would also decline with stocks falling. Market analysts said that there has been a shift in investor sentiment since November 2021.

The interest rate hikes by the Fed and the massive inflation has increased worries and there is also the possibility of a recession looming. This means that the markets have not bottomed out completely as yet, so until the Fed takes a breather, these conditions are likely to continue.

In bear markets that have occurred earlier, bitcoin had lost almost 80% from its previous record high. As of now, the currency has already fallen by 63% from its last all-time high that was recorded in November 2021. Experts have predicted that the price of Bitcoin could decline even more in the next couple of months.

Celsius Added to the Fire

Since mid-May, the entire crypto market has been quite shaken because the TerraUSD algorithmic stablecoin imploded and also took down its sister crypto, LUNA. Now, crypto lending firm Celsius is spelling doom, as the firm announced on Monday that it was hitting pause on its withdrawals and transfers because of the market conditions.

The platform offers its clients yields of 18% on their assets and it has managed to gain 1.7 million customers. Celsius has suffered due to the downturn in the crypto space, as the worth of assets it holds has declined from $26 billion to $11.8 billion, which is more than 50%.