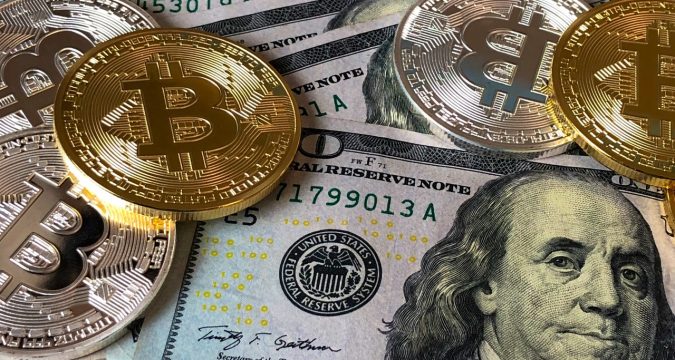 Worldwide economies are teetering on the edge of recession and governments are doing everything in their power to keep everything stable. All this turmoil has made it possible for companies to finally understand the wisdom of investing in cryptocurrencies. Even though some experts do counsel restraint, there are companies that have chosen to go all-in when it comes to the crypto industry and two such companies can be found in Canada. A couple of days ago, Snappa, the graphics solutions provider had announced that they were investing a ‘significant portion’ of their assets in Bitcoin. The company’s chief executive, Christopher Gimmer had explained in a blog post that they had begun accumulating Bitcoin when the coronavirus pandemic first hit in March.

Gimmer indicated that their move to hold Bitcoin was not an impulsive one. Instead, they have spent a significant amount of time analyzing the asset and the theory behind it. Eventually, they came to the conclusion that Bitcoin was a great investment and decided to take the plunge. It was also pointed out by the CEO that they had become worried due to the constant currency manipulation by the Canadian and U.S. governments. He also disclosed that their banking partner had cut the interest rates offered on their accounts to a minimal 0.45 percent.

As it is not possible to make inflationary adjustments to Bitcoin’s purchasing power, having Bitcoin would enable Snappa to scale and maintain a higher quantity of cash flow. The announcement by Snappa was made just days after the ‘best Middle-Eastern restaurant in the world’, Tahini. Having four corporate locations across the country, the company explained that when the pandemic hit, they had also chosen to shift their entire asset base into Bitcoin. The restaurant had immediately realized that the Canadian government was trying to prevent business closures and maintain liquidity by pumping money into the economy.

The rationale was understandable, but its implications were disturbing. Canada’s government has taken actions similar to the U.S. government, providing economic palliatives to workers and companies who have had their livelihoods disrupted due to the COVID-9 pandemic. A relief package had been announced by the Department of Finance on March 25th, which had paid $2,000 every month to those who had lost their jobs. Oman Haman, the owner of Tahini, explained that it wasn’t possible for the government to keep on doing this and it would result in a huge economic fallout. Therefore, he wanted to secure his company’s funds.

Since then, both of the Canadian companies seem to be doing well. When the relief plan was introduced by the Canadian government, Bitcoin had a value of $6,725, but its price has now risen above $11,000. Hence, the Bitcoin holdings of the companies have undergone a 60% increase in value. The companies have managed to show that Bitcoin can be used as a hedge against financial uncertainty. This point had recently been emphasized by the chief executive of Prudential Securities, George Ball. He had explained that Bitcoin had a lot of potential as a hedge asset in the short and long-term.