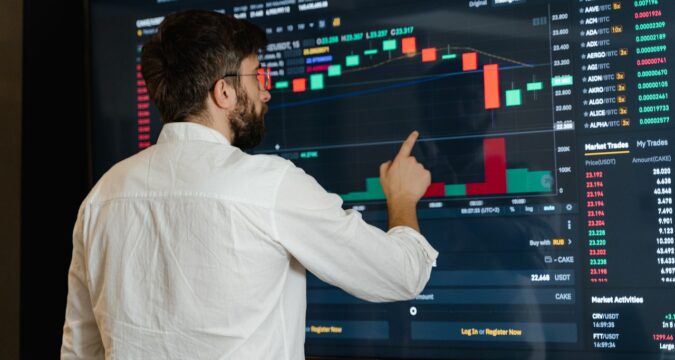 The global financial industry has urged authorities and regulators to refrain from implementing stringent rules regarding capital on digital assets. It warned that such requirements would push the activity underground, depriving banks of the advantages this technology has to offer. The Basel Committee on Banking Supervision was informed of this by trade groups that represent asset managers, banks and the blockchain industry. According to them, the proposal of the authorities would make it highly expensive for banks to play a role in the rapidly growing crypto industry, along with related technologies. On Monday, the groups send a letter said that the proposals covering the crypto industry were extremely simplistic and conservative.

It added that these proposals would preclude the involvement of banks in the $2 trillion crypto industry and its various assets. This response comes as banks are trying to balance the growing interest of their clientele in holding and trading crypto assets with the regulators clamping down on the digital asset industry. The Basel Committee is recognized as the most powerful setter of banking standards in the world. In June, it proposed that cryptocurrencies should have the toughest possible capital requirements, which means it would become highly expensive for banks to deal in these digital currencies.

There has been an increase in scrutiny from global regulators where the rapidly-moving crypto sector is concerned. This is primarily because there has been increased investor interest this year. Some people have argued that the acceptance of the digital asset industry by traditional financial institutions will prove to be helpful in curbing the excesses of the crypto sector, such as consumer risks and extreme market volatility. Trade groups signed by letter sent to the Basel Committee, which included the Institute of International Finance, the Global Financial Markets Association, the Financial Services Forum, the International Swaps and Derivatives Association and the Chamber of Digital Commerce that represents the blockchain industry.

The Global Financial Markets Association represents banks globally and its executive director, Allison Parent said that a great deal of activity occurs outside the regulated sector. Therefore, it would be better if regulated banks can also participate meaningfully in these markets and provide their customer’s access. Two categories of capital requirements were proposed by the Basel Committee for banks that hold cryptocurrency. Digital assets that are similar to conventional securities, such as fully reserved stablecoins and stock tokens, can qualify as a modified version of the current rules relating to minimum capital standards.

The rest of them, which include bitcoin and ethereum, would be categorized under a ‘conservative’ prudential regime. This means that banks would have to have at least $1 collateral for every $1 of cryptocurrency. According to these groups, this distinction doesn’t take into account the diversity of encrypted assets, which should be linked to their risks. The Basel Committee also said that stablecoins that are linked to traditional currencies also meet the requirements of the current rules. The trade groups referred to the approach of the committee as ‘unnecessarily restrictive’ and recommended that more leeway be granted.