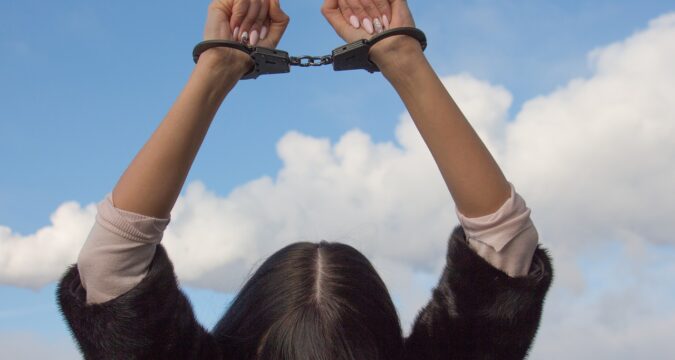 The arrest of two females have been made by the Police officials in the area of Tatarsta, Russia over alleged involvement of the arrested individuals in the most infamous crypto fraud in Russia known by the name “Finiko”. According to a police source, both women were an important part of the pyramid scheme and brought millions of dollars in investment into Finiko and deprived the investors of their rightful money and profits thereon. The ongoing investigation reveals that the scheme lured global customers as well who were investors from the US and Germany.

Kazan Police in the city of Tatarstan, Russia has detained two women who are, according to police, are connected with Finiko.

Finiko is currently the most notorious and infamous pyramid scheme of crypto which was launched in Russian Federation. The scheme was found to be involving crypto fraud and looted billions of dollars of investment belonging to Russian investors. Upon initial investigation, it was further found out that the pyramid scheme had customers from across the borders. Particularly, investors from Germany and the US too were victimized by the crypto fraud scheme.

It has been told by the Kazan Police that they have arrested two female namely Lilia Nurieva and Dina Gabdullina. According to police, Nurieva, owned a real estate business in Russia, however, later she joined the crypto fraud scheme. As regards Gabdullina, police said that she was working with the fraud scheme and was one of the executive officials of Finiko. Both these women were called up by the police for the purposes of investigation last week. During the investigation, police became certain that both the women were directly linked with the crypto fraud and detained them on site.

Police has been claiming that both of these executives of Finiko lured hundreds of investors into the scheme. They gave their guarantees to the investors and told them that they will be receiving huge profits on monthly basis. The big the investment, the bigger the value of the profit earning, they claimed. Particularly, Nureiva, was one of the most influential executive of the fraud scheme. She had good communication skills which she utilized to the fullest extent. Because of her excellent performance, Finiko’s management then awarded her with the title of “10th Start”. Meanwhile, Gabdullina too was given the higher post as Finiko’s Vice President because of her good performance.

However, the police suggests, that both have committed organized crimes which are criminal in nature. They knew that they were part of the fraudulent scheme yet they continued to remain associated with it. In addition, throughout the time during which Finiko carried out its activities of fraud, both played instrumental roles in bringing more victims.

Police has said that they will further interrogate both the arrested accomplices of pyramid scheme’s operators. The investigating team is confident that they will be able to soon find the missing pieces and will reach the main culprits.