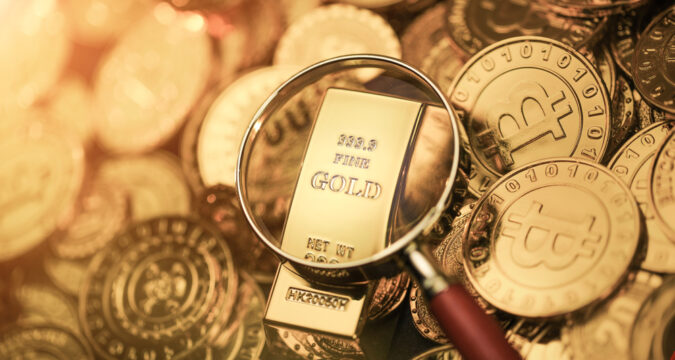 Peter Schiff, a well-known Euro Pacific Capital strategist who is a vocal skeptic of crypto, has acknowledged that the rise of Bitcoin (BTC) has been partly responsible for decreasing the interest of investors in gold.

Schiff state that as gold trading became passive, the exasperated investors moved toward Bitcoin as the proponents of the crypto assets promoted them in the form of the latest digital type of the precious metal.

Schiff mentioned in a tweet recently that a few organizations that were to be benefitted from gold also preferred Bitcoin as the primary crypto token that came to the front as the center of attention of the mainstream media related to finance.

He disclosed that the performance of Bitcoin has been remarkable. As per him, the crypto asset was elevating in its value while the precious metal was witnessing a decline.

Nonetheless, he added, the chief crypto was being promoted as gold’s digital form. Schiff was of the view that as the sale of Bitcoin heightened, the gold went through a slump in its demand. In his words, the institutions interested in gold may have discarded it to prioritize Bitcoin.

The strategist proposed that such organizations might not have purchased Bitcoin either. It is noteworthy that Schiff still advocated for the top metal.

He asserted that notwithstanding the attempt of Bitcoin sellers to utilize the name of gold for its promotion – as they remain successful in doing so to a significant extent – the precious metal has not lost its complete value.

According to him, the top crypto sucked money and the people investing in it are potentially going to lose it. As he puts it, Bitcoin is correcting frequently.

Schiff condemned BTC on its current performance, suggesting that it is only a bubble that has popped. The strategist revealed that gold will gradually regain its dominance with time.

In the meantime, the smart investors were utilizing their money to purchase gold at the time when the rest of them were discussing Bitcoin. He claimed that in the coming few years Bitcoin will vanish from the industry, paving the way toward the recovery of gold’s value.

The Economist Compares Crypto to Ponzi, Pushing Investors to Leave the Sector

He also clarified that in the future no one will compare gold and Bitcoin. The world of crypto assets is becoming recording a huge downturn as the diverse top names like FTX have crashed amid the mounting crypto winter. In the wake of such collapses, Schiff recommended that there should be no regulatory agenda for this sector.

He proposed that even the implementation of regulation would not be able to stop a crisis like FTX from happening. The strategist drew a comparison between the present state of the industry and the notorious Ponzi of Bernie Madoff which took place in a regulated atmosphere and operated for a time longer than that taken by FTX.

Schiff claimed that additional regulations will harm the market and suggested that the crypto assets were sold only because of the deficiency in the laws being implemented on them.